Together with influencer Boer Ayoub, we searched for Farming Simulator 22 fans with a local accent. Seven lucky fans from different regions all over the Benelux recorded a voice-over in their own dialect for the official Farming Simulator 22 commercial. This commercial was then distributed throughout the Netherlands and Belgium via a hyperlocal campaign on Facebook, Instagram, YouTube and gaming platform Reddit. Never before has social media advertising been used in this way, resulting in sales targets that exceeded plans and forecasts.

This campaign won a SAN Accent Award in the “Best SMART Idea” category and a European Excellence Award 2022. 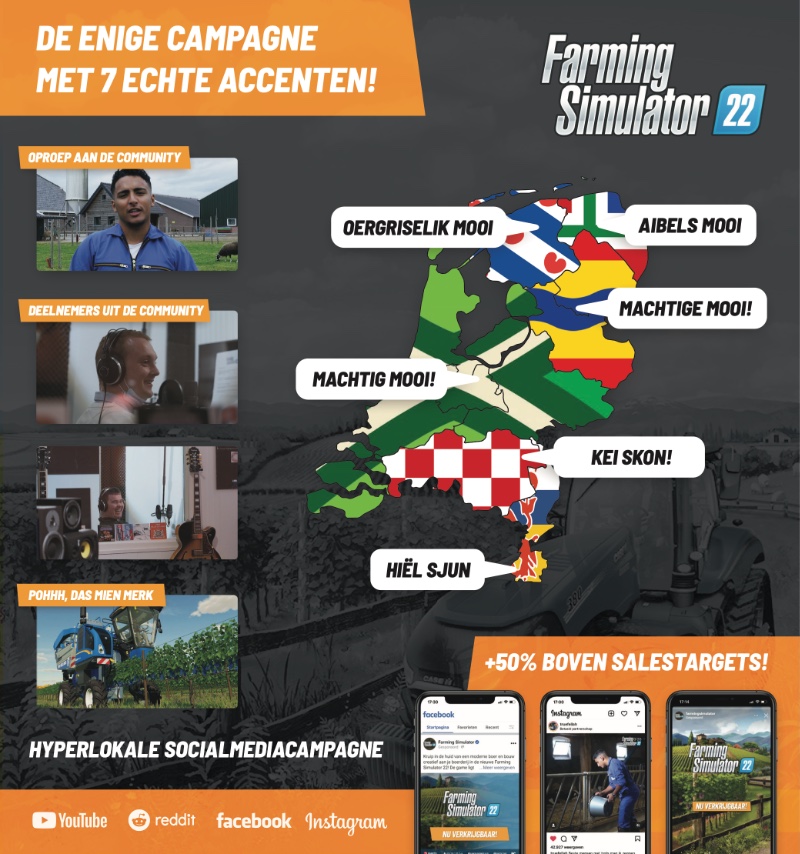