Knockout City is a brand new, action-packed dodgeball game created by Velan Studios. Teamwork makes the dream work and skills are the key to victory in this thrilling game. Knockout City will be released on May 21 2021, but in advance of the launch, lots of balls were thrown already.

To gain awareness for the open beta of Knockout City in Benelux and to encourage consumers to download the beta themselves, we teamed up with many content creators: a whopping amount of 15 influencers to be specific. Electronic Arts asked us to deliver a mix of video and streaming content created by them and in a very short time period, we booked great results and achieved our goals.

The content creators were given access to an exclusive, early access capture event to get the opportunity to capture footage of the game in an early stage. After the embargo passed, all videos were shared at the same time to create a big bang and to catch momentum. The list of content creators included Enzo Knol, one of the biggest content creators in The Netherlands and one of the first vloggers as well, his brother Milan Knol, popular YouTubers Yarasky, Koen, Robbie and many, many more. We grouped them up in teams of three players to create outstanding chemistry and even more important: fun content.

At the start of the beta on April 2, we grabbed another moment to shine. Several content creators went live at the same time playing Knockout City in teams of three players. The result was a batch of entertaining streams, all at the same time too, to make a true Twitch-takeover happen! 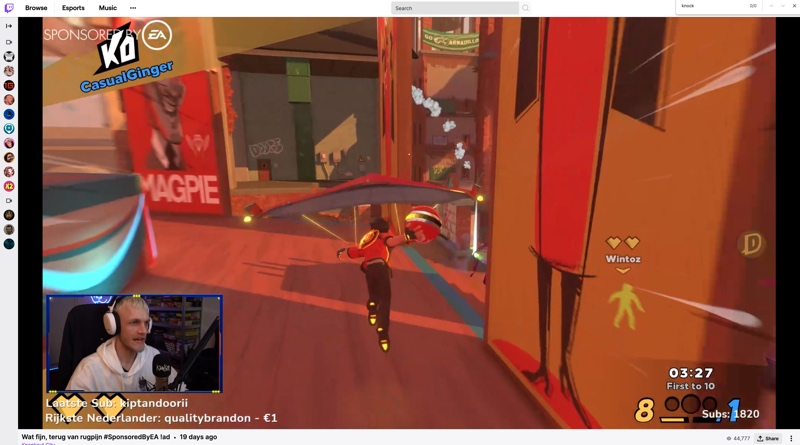